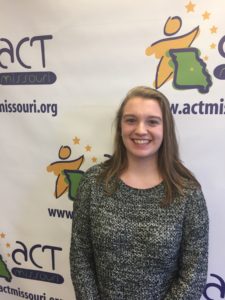 Lauryn is also active in her school’s Key Club, where she has been a member since 2014, and became a Board Member in 2015-2016.  She volunteers for a variety of causes through her membership in Key Club, including volunteering at the Special Learning Center and American Red Cross.