The rock band, Pearl Jam, released a song called Jeremy in 1991, and it told the sad but all too common story of a child that was neglected at home, bullied at school, and as a result, “Spoke in class today” by completing suicide.  Although much has changed in the mental health and bullying arena since then, many children still suffer in silence, feel powerless, and turn their anger and frustration into self-harm.

Fast forward to 2018, and a new perspective on bullying has been cast by the Netflix series, 13 Reasons Why.  The story line depicts an evolved, inescapable, and instantly widespread form of bullying which occurs online via social media.  Regardless of the source or type of bullying, one constant has remained unchanged, it hurts everyone involved.

The good news is that bullying can be prevented, and many school districts and communities are now developing policies, changing language, and creating cultures that better protect children.  Please share these resources with your school, youth group, coalition, and community to ensure that all our children thrive emotionally and behaviorally.

Youth were asked to report the number of times in the past three months they either bullied others or were bullied by another student through particular behaviors. Bullying behaviors included physical bullying (whether a student had hit, shoved or pushed another student and were not just fooling around”) and emotional bullying, including spreading mean rumors or lies, making fun of others, and embarrassing or hurting another student through the use of a cell phone or the internet.

The majority of students reported that they had not engaged in physical bullying (85.9%), spread mean rumors or lies at school (79.3%) or embarrassed another student online or via text messaging (84.5%). However, over half (51.1%) of the youth did report making fun of other people, and 4.8% reported doing this 40 or more times in the past three months. There was a significant decrease in students reporting making fun of other people from 2016 to 2018.

What Is Cyberbullying? An Overview for Students, Parents, and Teachers

Attending school offers a unique environment for students, but it can also expose them to online harassment and bullying from others. This guide offers a plethora of information on cyberbullying including how to spot it, handle it, and overcome it. 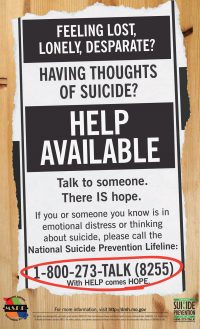